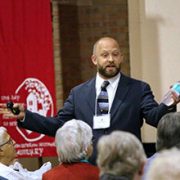 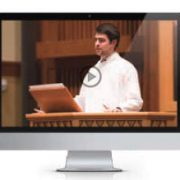 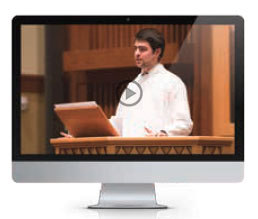 We’ve been streaming morning chapel (10:15 Monday-Friday) for several years. Now we are also live-streaming evening chapel, where young men like senior education major Benjamin Olson (Beautiful Savior-Spooner WI, pictured) lead worship for the student body.
Worship with the students, and pray for these young men as they share the gospel and improve their speaking skills here at MLC—another step in their ministry training. 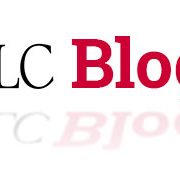 Here’s a sample of recent blogs. Read the full articles and the discussions that ensue at blogs.mlc-wels.edu. 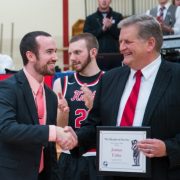 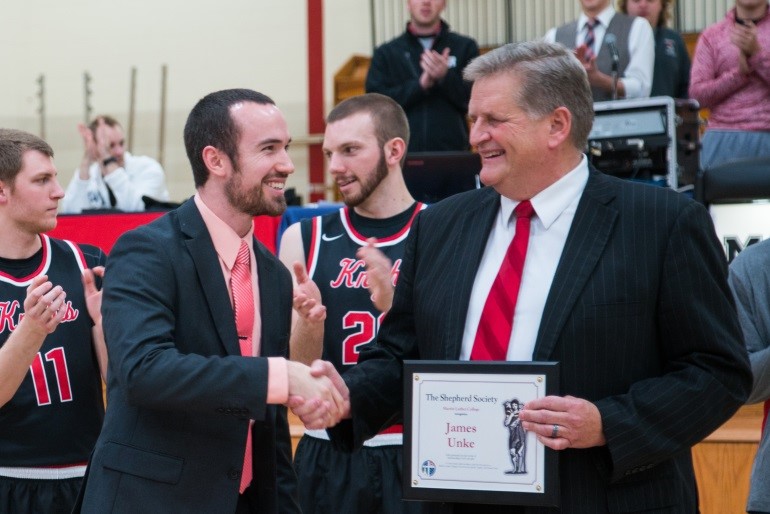 As he retires from coaching after 34 years, 19 of which were at MLC, Professor Jim Unke receives congratulations from the new basketball coach—and his former player—Greg Holzhueter ’10.

This winter, change came to the Martin Luther College men’s basketball program, as Greg Holzhueter ’10 took over for Jim Unke DMLC ’83, who had served in that role for 19 seasons.

It marked the end of a 34-year coaching career for Unke that started at East Fork Lutheran High School in 1980, and included stops at St. Paul-New Ulm, Lakeside LHS, and MLC. During that 34-year career, Unke compiled 380 wins.

During the 2015-16 season, Unke decided he would step out of his role as men’s basketball coach at the end of the season to put a greater focus on his job as the athletic director at MLC, a job he has held since 1997. It was a difficult decision, but one he felt necessary.

“I absolutely love coaching,” Unke said. “I really hate to see it end, but with the responsibilities as the AD growing, something had to give.”

During his tenure as the athletic director, Unke has helped the Knights remain competitive in 16 varsity sports and has also played a pivotal role in the expansion of the school’s athletic facilities, including the opening of the school’s new soccer facility and baseball field in the last ten years.

One year into his retirement from coaching, Unke is very thankful for the chance he had to impact the lives of so many young men throughout his career. “It was a privilege to coach here for 19 years. The mission of our college puts athletics in a different perspective compared to many we compete against, but also creates an environment for competition that is unique and unmatched anywhere else. I am very thankful to all the young men I’ve had the opportunity to coach.”

“Taking over for my coach at MLC, Coach Jim Unke, is an honor and a privilege,” Holzhueter said. “I have the utmost respect for him as a coach and a person. Taking over the program is also a responsibility I don’t take lightly, because I have a very clear understanding of what Coach Unke built over the last 19 years as head coach of MLC’s men’s basketball program.

“My understanding comes from having played for Coach Unke for four years and having coached against him for a total of five years,” he continued. “His teams had a reputation of playing with intensity, heart, and toughness. He taught his players, including me, the value of hard work and competition without ever having to say a word about it. My biggest priority in taking over for Coach Unke is maintaining the culture that he built during his 19-year tenure, because that culture is what has made MLC men’s basketball so special. 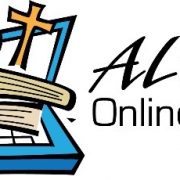 Imagine high school and middle school students being able to attend a course taught from a Christian perspective no matter where they live. With ALHS Online, students can do just that.

ALHS Online is an online course service provider that allows WELS high schools to expand their own curricular offerings in a cost-effective manner. For example, if a school has only one or two students who desire a particular course, it’s not cost effective for the school to offer that course. If several students can be pooled together from several different schools, however, the course suddenly becomes feasible. The creation, teaching, and facilitation of these courses is the purpose of ALHS Online.

Here’s how it works. The schools pay a small per-student fee. Students access a course by logging onto a website with their own username and password. The instructor breaks the course down into a series of weekly or daily lessons and provides a “lesson guide sheet” to lead the students through each lesson. A typical lesson might include reading a textbook excerpt or an online article, or viewing a recorded lecture. Students participate in written class discussions through a discussion board tool, and they submit their assignments to the instructor for grading. Although students do have deadlines for the various lesson activities, they don’t need to access the course at the same time as other students; they can log on whenever it fits their schedule.

A gracious God has truly blessed ALHS Online. Enrollment has increased by about 60% each year. Nearly 90% of WELS high schools have had students participating. A dedicated core of nearly 20 qualified WELS teachers teach the courses. Some teachers also teach in WELS schools; others are retired teachers, professors, pastors, or stay-at-home parents. And recently, ALHS Online has also begun offering high school Spanish and algebra to qualified middle school students.

Schools, parents, and students are appreciative of ALHS Online, as evidenced by comments like these:

Although ALHS Online is an independent, tax-exempt, non-profit corporation, it does have some ties to MLC. MLC hosts and maintains the hardware and software. Many of the ALHS Online instructors completed their teaching degrees and online training through MLC. Three MLC professors (Peter Baganz DMLC ’87, Dan Fenske DMLC ’87, Tingting Schwartz), as well as several retired MLC professors, currently teach an ALHS Online course. As MLC’s director of academic computing and online learning, I am blessed to serve as superintendent for ALHS Online, overseeing its day-to-day operations.

ALHS Online is another way that MLC partners with Lutheran high schools to nurture students academically and also spiritually. When any student, from anywhere in the world, can enroll in a high-quality course taught from a Christian perspective—that is truly a blessing.

To learn more, go to ALHSO.org or contact me at grunwajr@mlc-wels.edu. 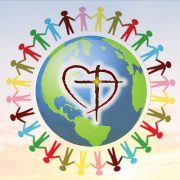 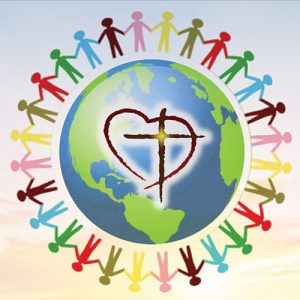 Click here for the full week schedule and videos! 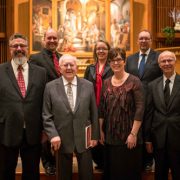 Dr. Carl Schalk, noted Lutheran composer, author, and lecturer, gave a lecture in the Wittenberg Auditorium before the MLC Christmas concert December 3. In honor of the Reformation anniversary, Schalk presented “Luther on Music After 500 Years: Paradigms of Praise Revisited.”

Dr. Schalk taught church music at Concordia-River Forest (now Concordia University Chicago, or CUC) from 1965 to 2004, guiding the development of the university’s Master of Church Music degree program and helping establish the Center for Church Music, which holds many manuscripts of 20th-century composers of Lutheran church music.

He is well known for his own numerous choral compositions, several books, and more than 100 hymn tunes and carols published in Christian hymnals. The MLC choirs sang three Schalk compositions as part of their Christmas concert program that weekend.

Professor Hennig, who arranged the talk, spoke about the centrality of Christ in Schalk’s music and ministry: “At the heart of everything Dr. Schalk teaches about Lutheran worship is the phrase Viva vox evangelii—the living voice of the gospel. For Luther, this is the message that must be beautifully proclaimed and beautifully received.”

Hennig mused that perhaps a young MLC student in the audience would have heard Dr. Schalk for the first time that day and then been motivated “to take up the torch, and do the digging and thinking and asking about Martin Luther and music.” 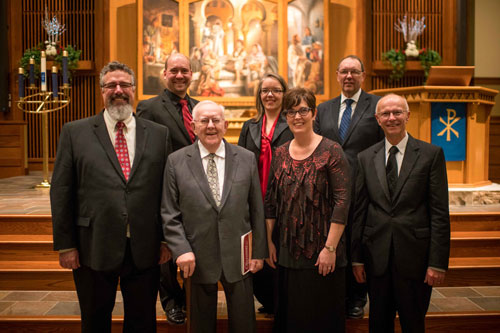 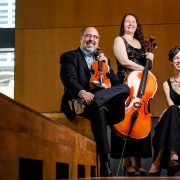 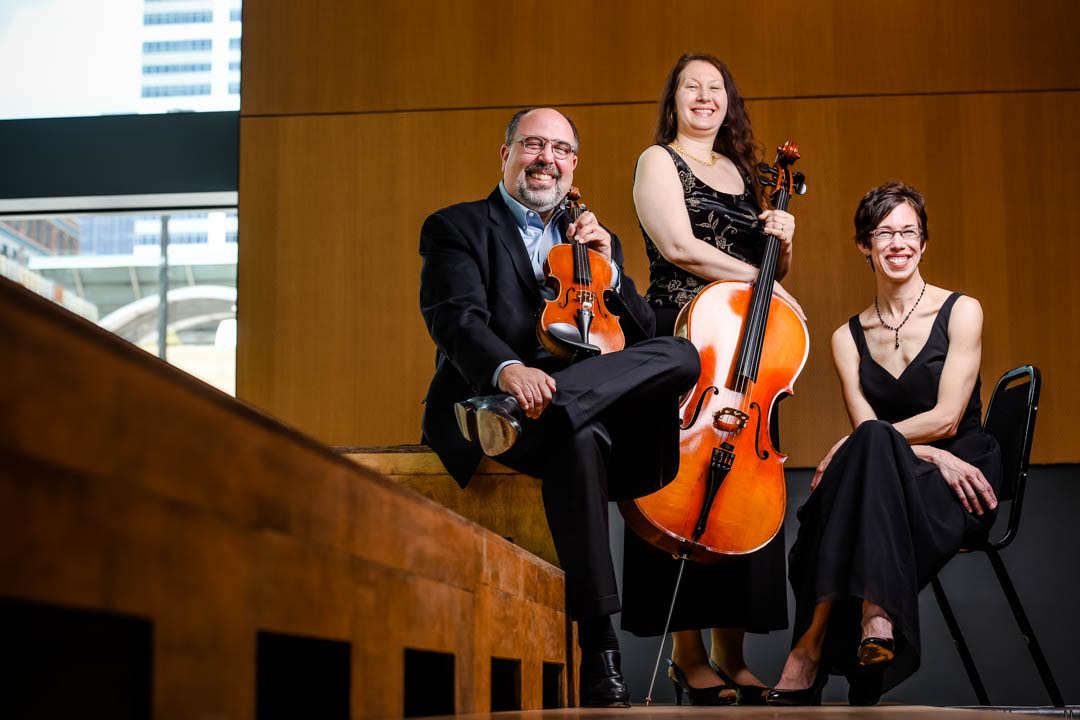 The series is the brainchild of two MLC professors, Dr. Bethel Balge and Professor Grace Hennig DMLC ’89, who wanted to bring world-class chamber music to southern Minnesota. Concerts are held in the architecturally beautiful and acoustically vibrant Chapel of the Christ, and tickets are economically priced.

The hope is that the series will not only become a regular feature of southern Minnesota’s musical culture, but will also enhance the music education of the student body through high-level live music experiences. 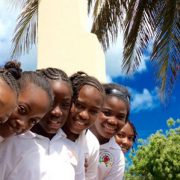 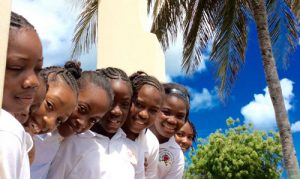 See all the winning entries plus additional photos in the special anniversary publication, Martin Luther College Thalassa Prize 2007-2016, at mlc-wels.edu/go/thalassa-10.