Adapted from an article by Emeritus Professor of Music Bruce Backer

The Reuter Steinway, the 6-foot, 11-inch grand piano in the choir area, is named for Fritz Reuter, Dr. Martin Luther College’s first music professor (pictured). When Reuter arrived in 1908, the campus consisted of one building, now called Old Main. Reuter quickly saw the need for a music facility, and within three years the synod authorized the building of an Aula, the present Music Hall. Reuter also saw the need for a first-class grand piano, which he eventually purchased for $850, the money contributed by congregations where Reuter’s male chorus had sung.

In 1929, the Reuter Steinway was moved from the Aula to the large auditorium-gymnasium in the Recitation Building, now Wittenberg Collegiate Center, where it served for recitals and choir accompaniment. By the early 1940’s, the instrument was showing wear, both from considerable use and from the heat damage it had sustained while in the Aula, where it had stood on the stage directly above the boiler plant.

In 1944 Professor Emil D. Backer, Reuter’s successor, sent the instrument to the Steinway factory in New York for repair and rebuilding, a project funded by the music department. The Reuter Steinway returned to the campus in 1946 as a virtually new instrument and continued to serve as before. It moved to a Music Center studio in 2004.

With the building of the Chapel of the Christ, Dr. John Nolte, the music division chair, sent the instrument to Kenneth Hannah of Stillwater, Minnesota, to be renovated again. The music division covered the $20,500 cost of the project. By common consent the piano is considered a virtually new instrument, and it now resides in the Chapel of the Christ. Here it will be used to glorify the Lord God Almighty; the Holy Spirit, Source of our gift of music; and the Lord Jesus Christ, whose name the chapel bears. 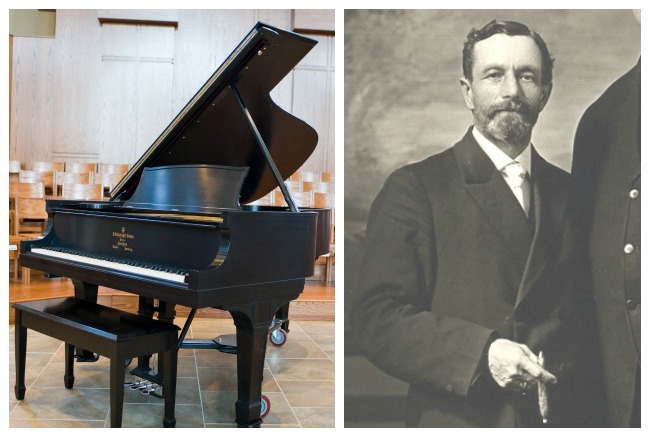