A Radical Reformer Speaks Out on Understanding Life 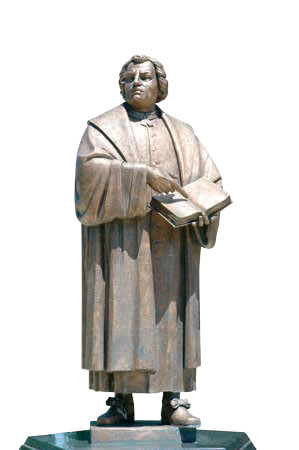 A Radical Reformer Speaks Out on Understanding Life

What made the reformer Martin Luther tick? That question is undoubtedly on the minds of all who pause to reflect on his life and work 500 years later.  Answers often mirror respondents’ historical reflections, much like a person who looks curiously into the depths of a well sees only their own reflection.

A popular tract distributed in the United States makes this assessment of the man:

Psychologically, he was a strange character, almost a Jekyll and Hyde by turns. In religious moments his imagination poured itself out in poetry and hymns, but these, and many other beautiful passages that can be gathered from the writings of Luther were merely the remnants of his Catholic inheritance. In sensual moments, he wallowed in his passions. . . . In belligerent moments he was stubborn to a degree and flayed his opponents with violent streams of abuse. Luther’s greatness was neither a truly human greatness nor a truly Christian greatness. It was merely . . . an animal greatness—a greatness of force, energy, and vehemence of character.

Is this multisided psychological appraisal the way we are to understand this so-called German Hercules who lashed out against pope and fanatic, Jew and peasant alike? How do we explain a man who at the same time tenderly admonishes us, “You have Christ in your neighbor. You ought to serve him, for what you do to your neighbor in need you do to the Lord Christ himself”?

Radical. From the Latin radix, meaning “root.” Like a radish, growing under the surface, it relates to the fundamental origin from which something grows.

Luther himself provides a clue to what makes him tick. It can be found at his Wittenberg home beneath the canopy stones in the portal to the Augustinian monastery. There carved in stone is the face of Martin Luther surrounded by the motto he chose to be set in stone.  It reads: IN SILENTIO ET SPE ERIT FORTITUDO VESTRA – “In quietness and hope is your strength.”

A meaningless motto unfit for a fighter in the church militant? By no means! This Old Testament scholar carefully chose words from the prophet Isaiah, whose situation in life matched his own. Both were caught in the midst of a struggle on two fronts: Isaiah between the superpowers of Assyria and Egypt, Luther between the papacy and the fanatics. Both sought strength, not in the choice of sides, but in the quietness of faith. The clue to understanding the Reformer, as his watchword indicates, is simply to be found in waiting for the Lord to act by listening to God’s Word and trusting his ways.

“With closed eyes,” Luther wrote, “[Abraham] hid himself in the darkness of faith, and there he found eternal light.” The good Doctor followed the same course.

The Freedom of a Christian

Did he really? How then does Luther, ebullient by nature, presume to act in quietness and reliance on God’s Word? Others made similar claims. The spiritualists of his day also found strength in quietness and likewise cited Scripture as their guide. “Scripture speaks of a tranquility that is a means of coming to God,” explained Hans Denck, a free spirit from Nuremberg, and then explained this means as “Christ himself, not to be regarded physically, but rather spiritually.” Luther regarded him as a fanatic.

Why? Why did Luther not make common cause with such free spirits? What moved him to call them fanatics and enthusiasts? How did the two really differ? What is religious enthusiasm anyway? These questions drive us to the core of the battle with religious extremists. To understand, we must take Luther in context and there learn to appreciate more fully the truth of the saying: “What do they know of Luther who only Luther know?”

Insights into this historical encounter can do more than help us identify what made Luther tick. They can especially alert us to the radical nature of Luther’s own theology. “We must not think of the Reformation as though Martin Luther were the norm and all else deviation from the Lutheran party line,” scolds the English historian E. Gordon Rupp, and then explains:

It is really Luther who is the great surprise! The medievalist, familiar enough with anti­clericalism, mysticism, and moralism, finds nothing very surprising in [other reformers]. But Luther is disconcerting, with his heights and depths of exploration of the biblical world, his poised and balanced middle way between Popery and Puritanism, a more genuine Via Media than the Anglican muddle of principle and expedi­ency. I say, he is the surprise. He gave the whole Reformation movement a new thrust and direction. But for him, Puritanism would have swallowed up Protestantism, and the whole matter of the Reformation might have dissolved in a new legalism in religion, and in sectarian strife.

In an inimitable way, Rupp latches on to the essence of Luther’s church reform: Luther sought the middle way that was not the golden mean, a third option between extremes, but something entirely different. It was the middle way of faith in the “Holy Gospel of the glory and grace of God.” 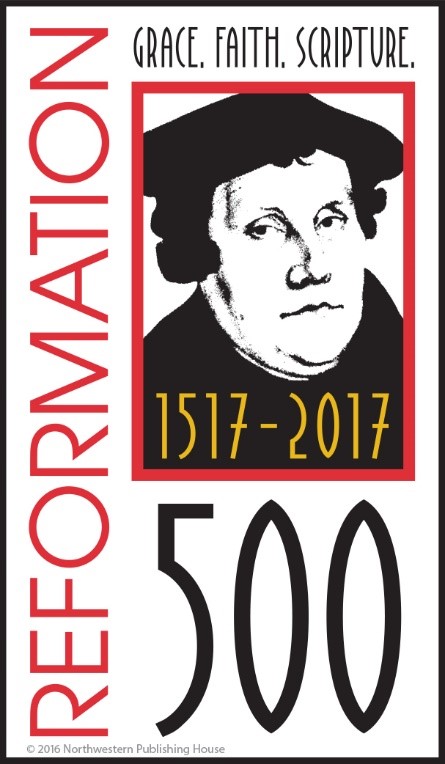 For starters, we need to follow Luther’s insights on the importance of understanding life. From today’s perspective we need only recall that this church reform was basically a major educational movement with an international impact. It recovered the gospel of God’s glory and grace as central to Christian faith and life.  Martin Luther put people in contact with our life before God as revealed in the historic Christian Scriptures.

Yet, as odd as it seems, to understand how faith interacts with daily life is a most difficult task. Worldwide, people generally agree that understanding life is part of learning. But we are easily deceived. Where surface learning rules, our understanding is undermined by religion. Cunningly, people turn religion into religiosity and the work of God’s Spirit’s into mere spirituality.  In Lectures on Psalm 117, Luther explains: On earth “I must grant the devil his hour of godliness, and ascribe devilhood to our God. But this is not the whole story. The last word is his [God’s]: “His faithfulness and truth endure forever.”