Service to God and Country Scholarship

This scholarship fund was established in 2020 by Mary (Brick) Spain and MG(R) Edwin E. Spain III.

Both veterans of the United States Army, Mary and Edwin established this scholarship as a tribute to Mary’s long relationship with (D)MLC through her father, Pastor/Professor Emeritus Delmar C. Brick; her mother, Ione E. (Huebner) Brick, a 1944 DMLC graduate who returned to acquire her four-year degree while serving as a student teacher supervisor at St. Paul-New Ulm; her sister, Lois A. Brick, a 1972 DMLC graduate; her uncle, Pastor/President Emeritus Lloyd O. Huebner; and others in the family.

Mary and Edwin’s younger daughter, Nona (Spain) Healy, currently serves in the US Army Reserves as a Lieutenant Colonel, and her spouse, Doug Healy, serves as an active-duty Lieutenant Colonel in the US Army. Mary’s five years of service (active Army) and Edwin’s 37 years of service (active Army, Army National Guard, and Army Reserve) connect all these legacies of military service and service to God.

As enthusiastic supporters of education, Mary and Edwin wish to assist students who serve or have served in the Armed Forces of the United States. They are grateful that God has blessed them financially and provided them this opportunity to give generously.

Service to God and Country Scholarship recipients are students who have served or are serving in the United States Armed Forces (including Army, Navy, Marine Corps, Air Force, Coast Guard, Space Force, National Guard, and Reserves) and who demonstrate financial need. If these criteria are not met, additional students whose parent(s) honorably served in the US Armed Forces may be considered. 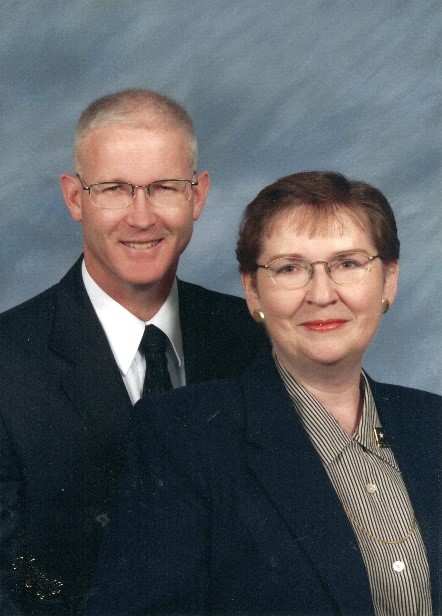