“Come, follow me and I will send you out to fish for people” ~ Matthew 4:19 (original Greek)

The Martin Luther College Alumni Association is happy to announce the completion of our 3-year Fishers of Men campaign. We thank God who graciously guided our alma mater through a quarter-century of ministry training and motivated the hearts of the 500+ individuals who contributed to the campaign. We are extremely grateful for and thankful to those who donated and helped advance the cause. As of the June 30 campaign completion, the $100,000 goal has been reached. The statue and its surroundings are paid in full and set for an on-time dedication on August 21. The MLCAA endowed scholarship is funded to its initial goal of $30,000 and will award two MLC students with $1000 awards this fall. Details regarding the campaign’s goals and the planned dedication are below. 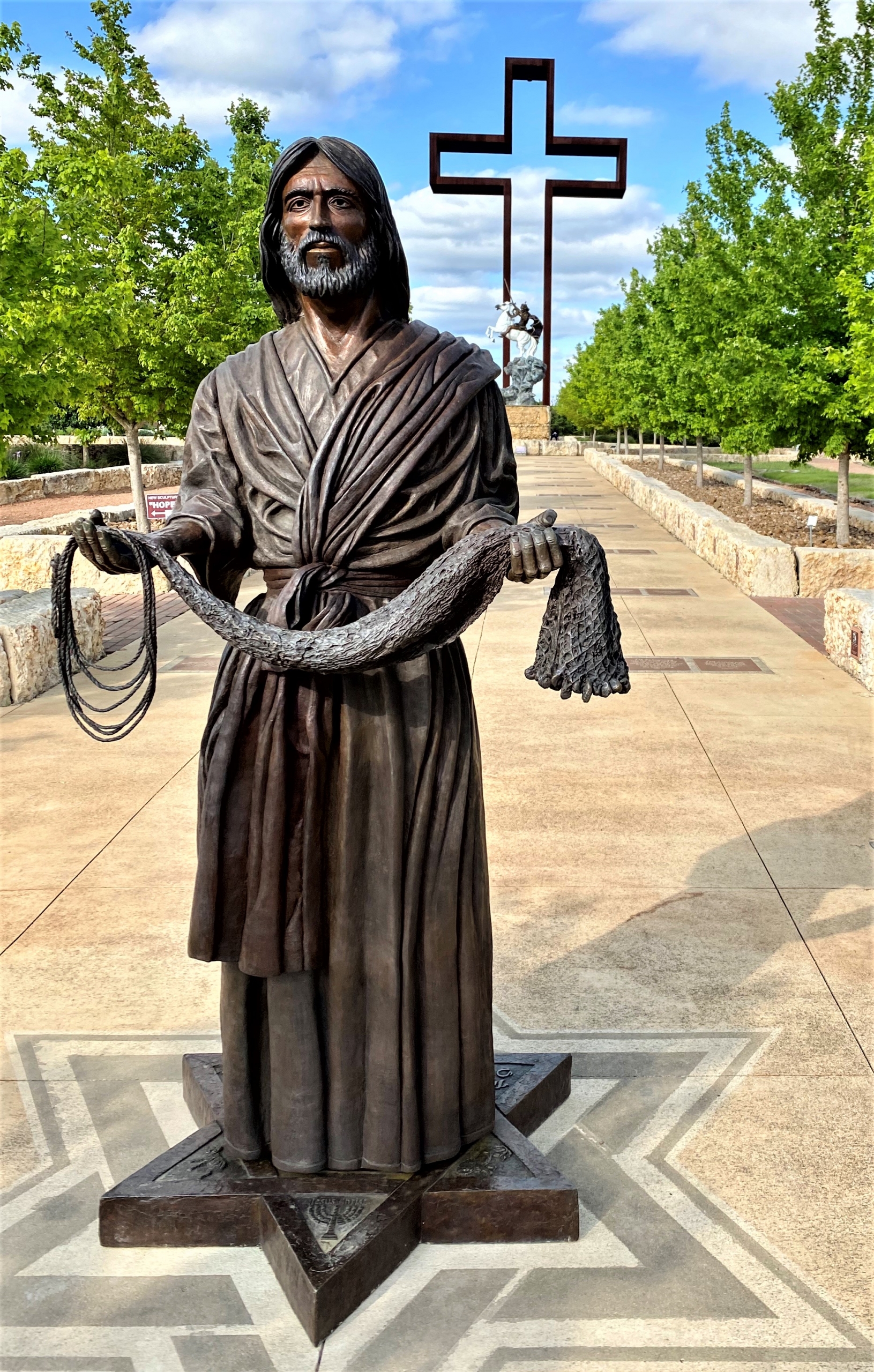 Lord willing, the Fisher of Men statue will be unveiled and dedicated in a brief 15-minute ceremony held at the statue site on Friday, August 21 at noon. Speakers will include Campus Pastor John Boeder, Director of Alumni Relations Steve Balza, and incoming President Rich Gurgel. With expectations that social distancing and COVID concerns will still be among us, seating will be limited, but standing room under the shade of the nearby oaks should be abundant and a microphone/speaker system will make it easy to hear. For those unable to attend live, the ceremony will be streamed at https://livestream.com/mlc-streams. The MLC Facebook page will also share images and videos of the event.

The MLCAA is committed to deepening our impact on MLC financial aid. This endowed scholarship creates an avenue to support students for generations to come. It is to be awarded annually to MLC juniors and seniors. The campaign goal of a starting balance of $30,000 has been met and, if the Lord wills, we plan to increase that significantly in the years to come so that additional scholarships with a higher value can be distributed in the years to come. 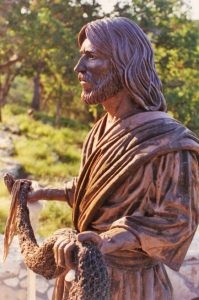 Fisher of Men depicts Jesus at the Sea of Galilee calling Andrew and Simon Peter to follow him and to become fishers of men. Holding a cast net, visually symbolizing the call to ministry, Jesus awaits our response. The statue’s gaze will be directed at the cross atop the Chapel of the Christ—a visual reminder of Christ’s saving work.

Christian artist Max Greiner’s statues can be found on the campus of Wisconsin Lutheran College and other Christian colleges and universities around the United States. Currently, this statue will be the only one of its kind in Minnesota and the surrounding states.

The statue will sit at the center of the MLC mall on a base mirroring that of the campus’ Luther statue, with scripture selections on all sides. It will serve as a visual reminder that Christ is at the center of Martin Luther College. Symbolically, the Martin Luther statue faces down the mall towards Christ, pointing to the Word. MLC graduates and faculty traditionally pass this location in procession at the start of graduation ceremonies. 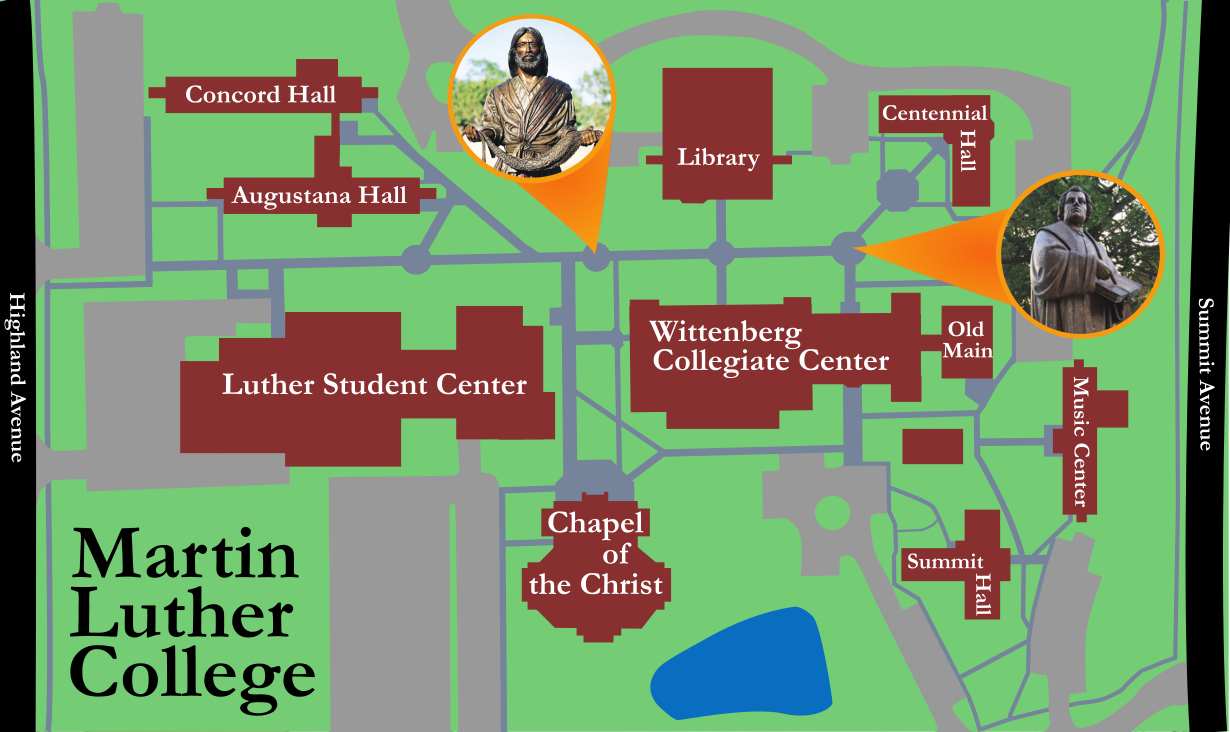