<< Go back to Event Calendar 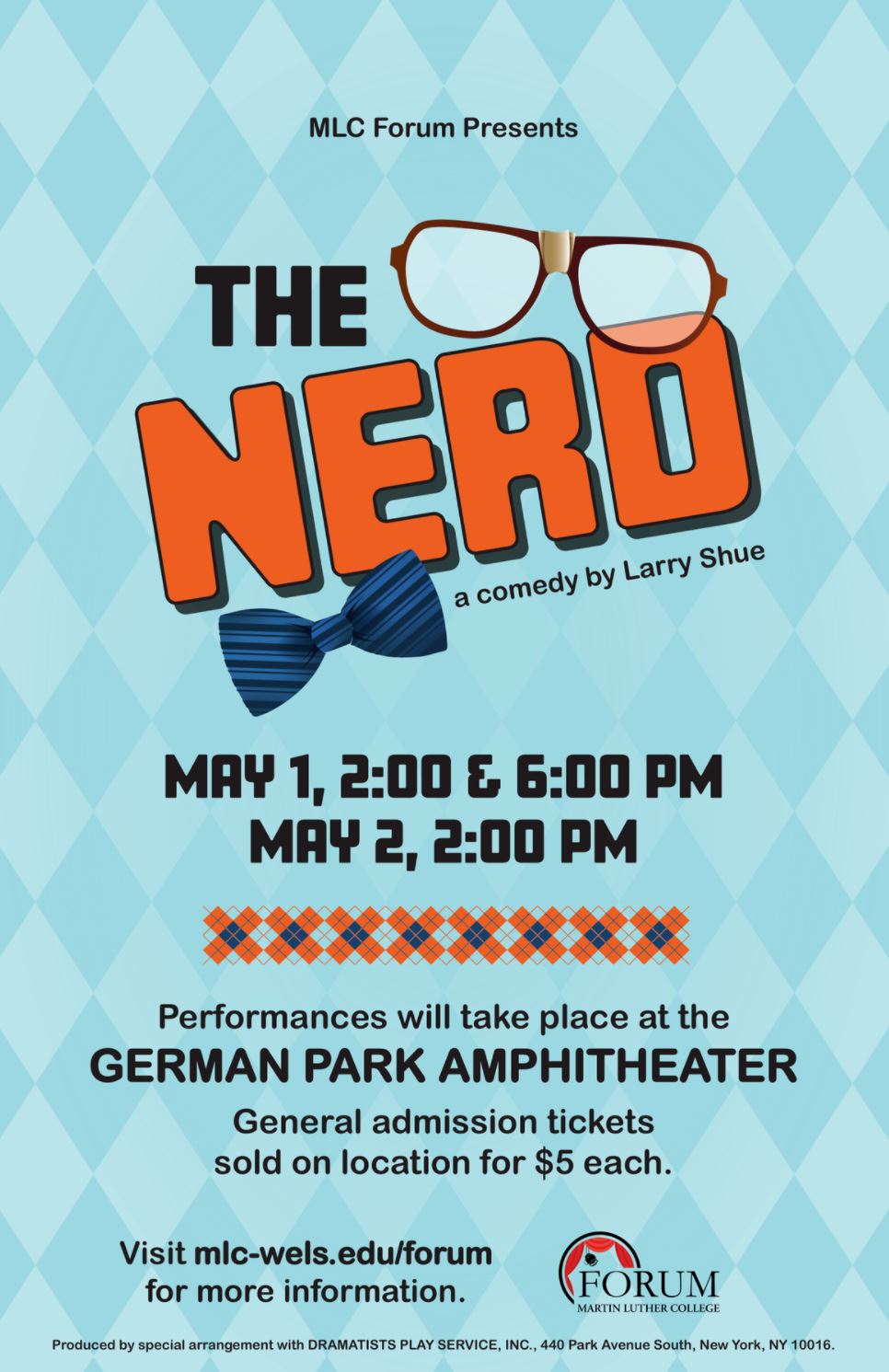 Now an aspiring young architect in Terre Haute, Indiana, Willum Cubbert has often told his friends about the debt he owes to Rick Steadman, a fellow ex-GI whom he has never met but who saved his life after he was seriously wounded in Vietnam. He has written to Rick to say that, as long as he is alive, “you will have somebody on Earth who will do anything for you” —so Willum is delighted when Rick shows up unexpectedly at his apartment on the night of his thirty-fourth birthday party. But his delight soon fades as it becomes apparent that Rick is a hopeless “nerd” —a bumbling oaf with no social sense, little intelligence and less tact. And Rick stays on and on, his continued presence among Willum and his friends leading to one uproarious incident after another, until the normally placid Willum finds himself contemplating violence—a dire development which, happily, is staved off by the surprising “twist” ending of the play. We hope you will join us for Larry Shue’s side-splitting comedy, The Nerd. Performances will take place at the German Park Amphitheater. General admission tickets will be sold on location for $5 each.