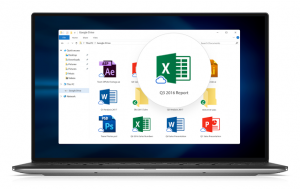 The current version of the Google Drive desktop application will be unsupported starting on December 11, 2017 and will stop working on March 12, 2018. You will need to move tot he new Drive File Stream application if you want to continue having the same access to your files stored in Google Drive as you have in the past.

The biggest and most noteworthy change is that Drive File Stream will not download all of the files you have stored in Google Drive right away but, instead, work similarly to Micro Focus Filr by only downloading and caching files you are opening or have opened recently.

If you have any questions, please contact Network Services.

Taking far less than the entire day, the MLC and ALHSO Moodle instances have now been upgraded and the database server backing both of them has been migrated to a newer operating system. All services should be back online, so please let us know if anything is not working as desired.

Thank you for your patience.

On Wednesday, August 2, 2017, both the MLC and ALHSO Moodle instance will be offline for some major upgrades and updates both to the Moodle software and underlying infrastructure serving both online campuses. These upgrades will take the better part of the day on Wednesday, from 8 am to around 3:30 pm or so. Please plan ahead for this downtime as you will not have access to the sites during the day on Wednesday. Please watch our status page at http://status.mlc-wels.edu for information during the day on how the upgrade is going and when service should be restored.

If you have any questions or concerns, please contact Bob Martens in Network Services. 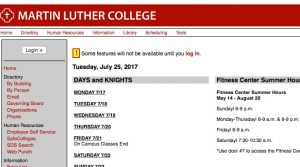 Late on July 24, 2017, change to Portal authentication were pushed out to all users.

Here is a quick video so that you can see the new login flow:

This change has been pushed out to enable some feature enhancements across our services in the future. We are now working on enabling the same sort of login workflow for Moodle and other properties with the added benefit of needing to login once and then you will be logged in across a number of different services. While in the past you used the same username and password, in the future you will used the same username and password but only need to login once and then move between services.

If you have any questions or concerns, please contact Network Services and ask to talk with either Bob or Aaron.

We utilize Micro Focus Filr here at MLC for remote access to files located on our file servers. This weekend (July 21-23, 2017) we will be upgrading our Filr instances to the latest version and this will require some downtime over the course of the weekend. During the downtime, if you are utilizing the Filr Desktop Client, it may appear like you are missing files. Do not worry, those files are still safely stored on our file servers and will appear again after the upgrade is complete and everything is running again.

After the upgrade, you may be prompted to upgrade your Filr Desktop Client. Please do so when it is convenient, and if you have any issues, contact Network Services.

Before Thanksgiving break, Network Services received word that our connection to the internet, hosted by Comcast, had been expanded from 200 Mbps to 1 Gpbs (or 1000 Mbps). This five-fold increase in available bandwidth for the campus is in response to the bandwidth crunch we have been feeling since students appeared on campus at the start of 2016-17 Semester 1.

Traffic shaping protocols for the internet connection have also been removed. You might have noticed that streaming video providers have been working much better since Thanksgiving (as an example).

If you are still noticing issues with the internet being slow, please email Network Services at support@mlc-wels.edu so that we can make certain to take a look and attempt to alleviate that issue for you.

Thank you for your patience, and God’s blessings this Christmas season!

Filr is the way for your to be able to gain access to your network files while on or off campus (and connected to the internet). Today we have deployed an update which brings a couple of really important improvements. Here are the three highlights:

Also, if you are running macOS Sierra (released on September 20, 2016), you will want to upgrade to the latest client. If you have the Filr Desktop Client installed on your machine, you should receive a notification at some point. Please upgrade as soon as possible.

If you have not tried our Filr yet, you can login with your MLC Account username and password at http://filr.mlc-wels.edu and start playing around with that is offered. As always, if you have any questions, please contact Network Services! 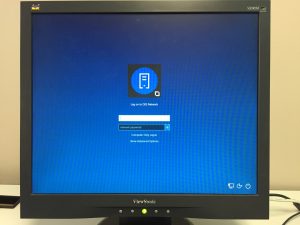 In 2014, the parent company of Novell, NetIQ, and SUSE was purchased and merged with Micro Focus, a UK-based technology company. In the intervening time, that merger has continued with the changes one would expect when two companies with vast portfolios are combined. Martin Luther College has made use of Novell’s software products since the campus was opened in 1995 and many have heard the phrase “Novell network” used in various contexts when working with Network Services.

However, that is about to change. The merger has seen the combined company be narrowed down to two distinct product lines: Micro Focus and SUSE. This summer, the software product formerly known as Novell Client is now known as Client for Open Enterprise Server (OES). While many of us are familiar with the “red N,” we will now be greeted by a distinctly blue logo on startup and login on machines around campus. There is a picture of the new login screen attached o this post.

The functions of the client software are not different, but the terminology used and icons you are looking for will. The rollout of the new version of Client for OES will coincide with our switch from Windows 7 and 8 to Windows 10. As we continue with that work, you will see the new imagery more often. 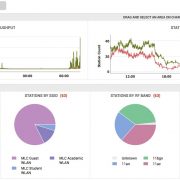 With that in mind, we have updated the documentation on how to connect to the wireless networks on campus. You can find the updated documentation at https://kb.mlc-wels.edu/network-services/wireless and changes and updated will continue to be published there in the future.

As always, if you run into any issues with the wireless networks here on campus, please contact Network Services.

This morning we upgraded the firmware on our wireless controller to the latest provided by Fortinet. While this upgrade brings about the normal run of bug fixes and software tweaks for the controller and access points, it also brings about a couple of new features which we hope will help to alleviate some wireless congestion in the buildings around campus.

Our wireless system will now do two things automatically:

These two changes will hopefully help to balance out the network and alleviate congestion, especially in high-use areas around campus. However, as these are new settings, we are aware that there might be issues as bug fixes are applied and changes are made. If you are having issues connecting to the wireless network on campus, please file a support request with Network Services so that we can look into it.

There are no upcoming events.